Nostalgia is a bitch.

And so it goes with SquareEnix releasing the Secret of Mana remake for PS4 and PSVita. From the announcement, I was very aware that this wasn’t going to be what everyone wanted it to be. I mean, come on, we’re talking modern SquareEnix here. With the occasional “update” showing off less than stellar voice acting, coupled with stiff gameplay, it was little surprise that this remake of Secret of Mana wasn’t so hot.

If you’re a fan of the Mana series, then you are completely aware just how abusive that relationship can be and how disappointment is just baked in these days. Even with the same director, Koichi Ishii, at the helm of most of franchise, the Manaverse isn’t really that good outside of Secret of Mana and Seiken Densetsu 3. With this remake, the legacy continues unabated.

What struck me most about playing Secret of Mana was that, warts and all, it’s stupefyingly faithful in its adaptation. I wish I could say I found it endearing, but more found myself just being stymied as to the “Why?” of it. 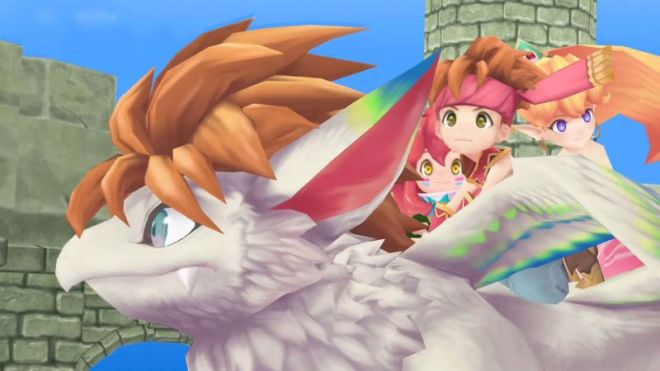 Why go through all the effort to maintaining the stiff, rigid nature of the movement from the old game? Every time I would saddle up to an NPC, I would have to wait for the entire party to slot in to place. When I would use the cannon service to move about the world, I would have to watch the rigid; 90 degree based grid movement as the party marched up the stares and then glided in to the cannon. The shopkeepers, who looked to just be jigging about in the old game, have been given updated animations that look like they’re having seizures and shitting their pants. Moreover, so many more just baffle the mind!

The game is sold as being “lovingly” crafted from the ground up, but I don’t think anyone would have been too upset that the characters moved about freely, hell, they adjusted the combat to be 360 degree movement instead of the stiff cardinal direction based of old. Outside of combat and interacting with NPC’s the game still maintains the fluidity of the old game, and in some cases adds to it, making it feel fresh…like you’d think a remake should.

But some of the decisions made in this game are mind-boggling!

The Action Grid, something the old game used to help mitigate the horrid nonplayer AI, is reduced to a fistful of options that do nothing to help those who wish to play Secret of Mana solo. In addition to this, the AI is much stupider in the remake, meaning you have a lot more of that classic babysitting to do if you want to have a good time. If you don’t tell your AI companions what to do, they’ll just chill out and stare at the wall or something.

In what you would think was an olive branch to modernization, an autosave function is introduced. It’s in the playing of the game, and the numerous times it crashes, that you realize that the feature was introduced as a lazy stopgap, instead of fixing and addressing the issues that cause the problem in the first place.

A lot talk around this game is the nostalgia-fueled disappointment that it’s not the Secret of Mana we all remember. Which is valid, and I empathize with those like Game Informer’s Kimberly Wallace, who talked about the fond memories she had playing the game multiplayer with her grandpa. I too, have a similar story, playing through the entirety of the game with my babysitter, back when the game came out. But there was a lot more surrounding the game than just the fun multiplayer of the game. 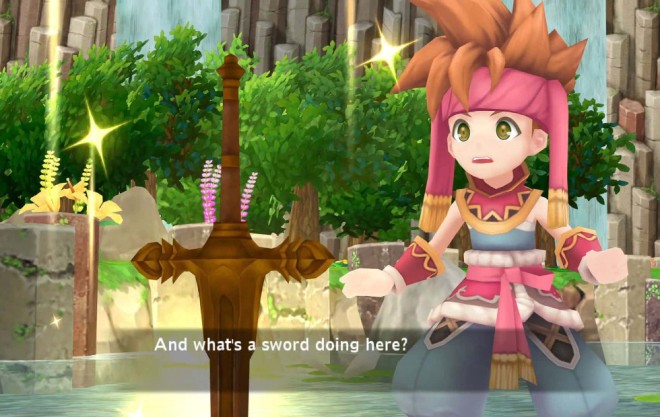 In fact, it’s been in the recent years replaying of the game that I discovered that Secret of Mana just isn’t a good solo JRPG experience, and I’d dare add that I think a lot of people that would play it multiplayer today would find it a bit…lacking. Because the game was of a time, and for a lot of us, myself included, it was the first JRPG we ever got a hold of that didn’t bore the shit out of us or bulldoze us with mechanics and game systems too dense for adolescent comprehension.

If I recall at the time, Nintendo Power ran a hybrid third person narrative/strategy guide that really fleshed out the gappy, threadbare plot of the game and gave the player some direction in a game largely devoid of it. In later years, we would learn of Secret of Mana’s storied development and how much of it had to be scrapped to fit on a tiny SNES cart instead of the CD based system it was planned for. You could also say a rushed English translation didn’t help things either.

Multiplayer RPG’s have also come a long way, and when you have something like the Diablo series out there to take the place of something like a Secret of Mana, going backwards just doesn’t scratch that itch anymore. Especially considering how even this remake includes the late game obtuse difficulty spike. 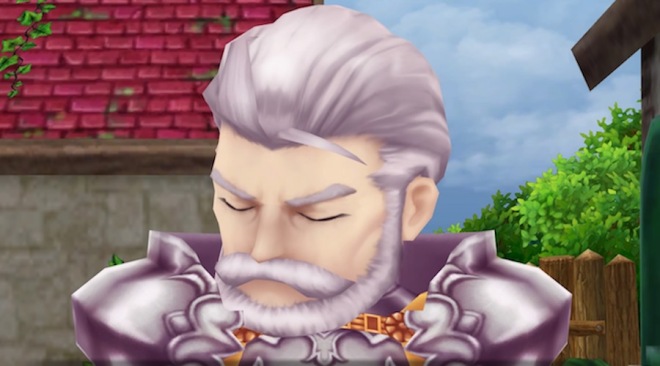 Again, the decision-making on display leaves a lot to be desired. Building the game from the ground up, SqaureEnix could’ve balanced out the entire gameplay experience. Instead, they do that here and there with some of the enemies, namely the werewolves that would mercilessly kick your ass all over the place if you weren’t careful. Now, they present little issue, meanwhile the Chobin Hoods remain the most lethal ass snipers in all the land…growing even more proficient with the addition of total 360 degree movement.

Then again, it’s hard to judge just how well balanced the game really is. I regularly play through Secret of Mana every so often and know its wrinkles and bullshit well. With the new game being a one-to-one remake, I breezed through bosses and enemies like it weren’t no thing. Even assholes like the Spiky Tiger, which was a hell of wall in the old game, presented absolutely no challenge.

I don’t envy SquareEnix when they decided to remake Secret of Mana, but I wonder whom they were aiming the games release at. Old gamer fogies like me? I absolutely had no problem forking over the ridiculous $40 asking price, because I love Secret of Mana and wanted to see just how badly SqaureEnix would mangle it. Then they just literally remade it, warts and all, and I can’t be too upset about it. Though I do wish the game didn’t look and feel so cheaply made and rushed. But what can you expect from modern day SquareEnix, tender love and care for their old games and their respective fan bases?

Nevertheless, I do wonder what the kids these days think about the game. They hear legends from the olds about how revolutionary Secret of Mana was, and at the time, it was absolutely true. Robbed of that context, and most of the modernization a remake would likely bring, they surely can’t be that impressed with what ma and pa gamer were prattling on about.