That I didn’t even know that Justice League was set to release upon the masses until about two weeks out should inform you to my “Hot Take™”. Look, I’m a nerdy white guy in my mid-30’s, of course I am compelled to unfurl my Hot Take™! I did not do my due diligence in reading reviews or giving a shit as to when the movie was coming out. I honestly thought it was going to be like next March or something! After Suicide Squad, I swore to the Batman on high that I would only watch movies with him in them. Which meant I still had to see Suicide Squad, which was a very big harbinger of things to come in the…DCEU?

I skipped Wonder Woman earlier this year because I don’t care about Wonder Woman, and was done doing my capitalist duty of “voting with my dollar”. It looked dumb, derivative and devoid of anything that would compel me to see it…and I was right. A recent viewing led to more head scratching as I saw nothing in the film that was being heralded as this giant turn around for the DCEU. Instead, it was just the plot of Captain America: The First Avenger, but with Wonder Woman in it.

This is also compounded by the notion that the DCEU is apparently the whipping boy for critics and their collective derision of superhero movies and Zack Snyder in particular. The same derision is extended to the likes of Michael Bay. It’s not without merit, but I’ve hardly found myself siding with critics any reviewers of any kind recently. 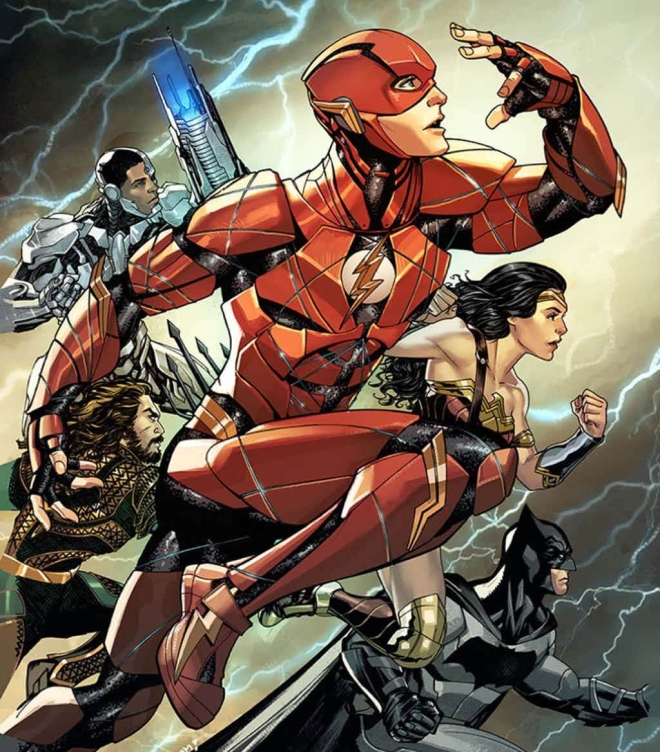 Far from reviewing a piece of media…criticism these days is just an essay on the personal relationship a critic has with said media. I don’t get a nuance take on the film or why it’s found wanting or worthy of the one-and-a-HALF start review with text that doesn’t really back it up. I read a chunk of text, seen through the prism of whatever bugaboo the writer has and nothing more.

Of course, a feminist social justice flavored critic isn’t going to like the way that Gal Gadot is objectified in the film. Not even bothering to give examples, it’s just in there you guys…believe it! So much so that I humored the reviewer and looked for these nebulous male gaze fountain shots in the film. I guess that scene where Wonder Woman’s ass is framed in the foreground as she waits for Bruce Wayne from above her to deplane is one of the many culprits? I was even on the look out for the obvious camera pan from her ankles all the way up her leg to her ass then her boobs and then her face shot…nothing. I mean, I am a man after all so my objectivity glasses aren’t up to par…but that I wasted any of my time trying to suss out said scenes shows just how inept our current critical class is.

Then you have the movie nerds, who with microscopic film vision, can somehow tell which scenes in the film have the weird Superman upper lip nonsense going on. In addition, they can tell with maximum assuredness which scenes were Zack Snyder flavored and which ones where Joss Whedon. No lies! It’s like they’re an insider or something…and were there or something…instead of…reality in which they weren’t and that aside from that pic Superman’s face that has been made a meme couldn’t tell you which Superman lip was CGI-ed or not!

Moreover, what of the box office floppingness of the whole damn thing! The fact that the movie would need to clear three quarter of a billion dollars to break even is just plain silly. That it only made $90 million in its first weekend…DOOM! Well…DARKSEID!!!!
That speaks more to the absurd stakes of modern movie making…where an average superhero movie clearing the production budget of literally every other non-superhero movie in the calendar year is seen as a flop.

What’s more demoralizing is that Justice League was trying so hard to sprinkle some Marvel magic onto itself and play with the big kids, when what it was doing was just fine.

Yeah, maybe it’s not everyone’s cup of tea, but there are more people like me out there that appreciated the darker tone that Zack Snyder was infusing in to the DCEU. Was it an odd fit for Superman…kind of…but what can you do in the 21st century to add wrinkle to a character like that? Really? Even the notion of saving Lois Lane all the time is absurdly dated…but that’s about all she’s good for…as the movies have borne out. Why not give him a little edge?

Most of us knew that Man of Steel was the aperitif of what Snyder really wanted to get up to….The Batman. And what titillated a nerd like me was that he was seemingly fan of the Frank Miller old ass bemuscled refrigerator box with a bat cowl Batman, who gave zero shits and beat the shit out of everyone. What’s not to love?

Nevertheless, all the doom and gloom of the Snyder DCEU wasn’t palatable…to some? I don’t know why Justice League is such a retread of the Marvel magic I guess we all love apparently? It’s a bummer! While not as cloying or uninteresting as the two Avengers movies…Justice League has a little too much Whedon twee bullshit in it. Everyone has a quip, there’s humanizing “comedy” scenes that are most definitely the accursed reshoots mumbled about on The Internets just sort of jammed in here and there. There’s about as much time with the heroes out of costume as in…and for some reason…a Zack Snyder film is constrained to an under two-hour run time. Yet, it works.

The movie also clearly needed more time in the oven. The CGI, while not as aggressively horrible as it is in most Marvel movies, isn’t up to par. In particular, a scene where Cyborg turns to his right to shout some lines looked super bad. Here’s hoping that patch that up before a home release.

That all being said, if you’re just going to copy The Avenger template you can’t help but not do better the third time round, right? The main villain is vaguely less forgettable than any other Marvel bad guy. The villainous ubiquitous minions of the film can absorb host bodies and double their numbers…or seemingly, there are plenty with which to give our heroes something to do. Hell, there’s an even a small family in the middle of the “showdown area” that you can…root for?…and ultimately saved by the heroes. Mercifully, there aren’t many scenes of the Justice League posed butt-to-butt quipping about some plan of action or other vague bullshit “Hey, let’s wait for Superman to get here and sort this out” scene.

That’s the true letdown of Justice League: it transcends in to the same vanilla ass cookie cutter nonsense as the Marvel superhero movies. Well, now they at least have discovered neon what with Guardians of the Galaxy allowing them to go a little weird because it focus tested “Okay” with dumdums. At least with Zack Snyder the DCEU had an aesthetic and voice. The films in it were of the same ilk as the ones that came before it: they were films with superheroes in them, not superhero movies. The reason that the Tim Burton and Chris Nolan Batman movies stand the test of time is that they are films primarily. The Marvel movies are going to be the ubiquitous 90’s action movies that become cable filler. You don’t need to have watched any of them to understand them…they make loud noises and flash bright colors at you and end. That’s why you can’t name more than two Marvel movie directors…because they don’t matter in the grand scheme of things. There’s no vision and the only cohesion is the tone and color palette from movie to movie. Socket in superhero, socket in villain, socket in watered down narrative from comic books, socket in vague connective tissue to extended universe. Press print button.

My Hot Take™ is the DCEU’s only problem is executive malfeasance from Warner Bros. It’s what jammed up Suicide Squad last year, kicked in Wonder Woman a little earlier this year and did a bang up of job neutering Justice League. For good…or for ill WB should stand by its creators and let them hash it out. Why try to copy Marvel? They took the time to establish this juggernaut extended universe and they flushed a goodly amount of turds along the way. Making Justice League look and feel like any other Marvel movie isn’t a corrective it’s injurious.